An Interview with Conductor Joana Mallwitz

(SF, 3 January 2020) Magic opera, singspiel, a comedy with spectacular stage effects, Masonic ritual with Egyptian mysteries, heroic­comic opera? Die Zauberflöte is heard more often and has been more frequently performed, discussed, queried and interrogated than almost any other work in the history of opera. In 2018 Lydia Steier directed the new production of Die Zauberflöte at the Großes Festspielhaus. During the centenary, she presents a new version at the Haus für Mozart. The narrator guiding the audience through the action will be Roland Koch.

The award-winning conductor Joana Mallwitz will conduct the opera, thereby making her Festival debut. She conducts the Vienna Philharmonic and the Concert Association of the Vienna State Opera Chorus. Tareq Nazmi takes on the role of Sarastro, Brenda Rae that of the Queen of the Night. Mauro Peter will revive his 2018 portrayal of Tamino; Regula Mühlemann sings his Pamina. Adam Plachetka and Maria Nazarova again transform themselves into Papageno and Papagena. Ilse Eerens, Sophie Rennert and Katarina Bradić sing the Three Ladies. The three boys will be embodied by three members of the Vienna Boys’ Choir. The premiere takes place on 3 August 2020.

Ms. Mallwitz, Die Zauberflöte has a long tradition at the Salzburg Festival – it has seen 227 performances of the opera in the course of its history, making it the most frequently performed opera at the Festival. Have you explored past Salzburg interpretations of the work? Do you let them influence or even inspire you in any way?

There is hardly any other work reflecting the zeitgeist and taste of different generations so clearly through the history of its interpretations as Die Zauberflöte. And where would this development be better documented than at the Salzburg Festival, with which this opera is so closely associated! Especially great interpretations and productions often seek to attain timelessness. Yet anyone trying to approach Mozart will only find his very own truth in the work. That is both the opportunity and danger it poses. I was able to witness the interpretations of Nikolaus Harnoncourt and Constantinos Carydis personally; earlier performances I only know from recordings. I have many sources of inspiration – ultimately, the search for one’s own version is one that must take place only in Mozart’s score. 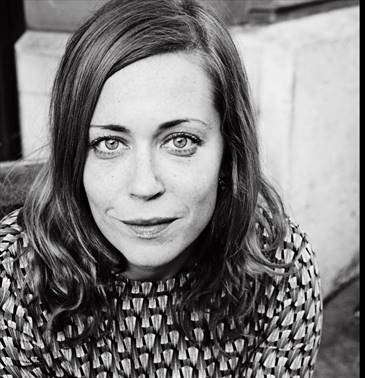 “I am grateful and honoured to return to Salzburg, especially in the centenary year 2020, and to be able to work on a piece such as Die Zauberflöte, which is part of the Salzburg Festival’s DNA, so to speak. We have a chance to take a fresh look at our 2018 production and to present it in a much more winnowed, concentrated way. An enormous change is the scale of the piece, as the stage of the Haus für Mozart offers far less real estate than the stage of the Großes Festspielhaus. The basis of our staging remains the same, however: we have the grandfather as narrator, this time played by the wonderful Roland Koch. We experience the action through the eyes of the three boys, his grandchildren. On the one hand, we examine the constellation of the family and the view of the future, but also deal with political themes. On stage, we illustrate the search for illumination and wisdom at moments of inexorable and increasing darkness.

I worked with Joana Mallwitz in 2012. I was directing an Aida in Heidelberg and I found her to be a spectacularly willing and excited collaborator and really a partner in crime. Katharina Schlipf is our set designer and Ursula Kudrna is doing the costumes. So we are an all-women creative team. The opportunity to work with Joana and the team again in Salzburg is a special honour, and I am so excited for it,” says director Lydia Steier.

Please read the whole interview and more information in the attached document.

Press Office of the Salzburg Festival